You may be asking yourself, “Why the heck is there an entire post about epoxy and glue on a beginner reefing website?” Good question.  The answer?

For aquascaping, you will likely want to cement/epoxy several pieces together to make cool overhangs, caves, and to create a stable base.  Epoxy and cement work great for this.

If you are doing a large aquascaping project, you will probably want to go with cement as tubes of epoxy can be quite expensive.  I’ve used several different cements but I’m only going to recommend my favorite below.

You will also need to use epoxy to help you attach large corals to your aquascape, as super glue sometimes just isn’t enough.

Super glue on the other hand comes in three types: single use tubes, large tubes, and bottles.  The single use tubes are great because you can use them in the water to attach a coral and then just discard it.  The larger tubes are a better value but if you put it under water you may end up ruining the entire tube. And the gel bottles of super glue are great for precision, but if you were to place the bottle in water, it would clog and be ruined!

I keep a stock of all five options below, because I use each of them from time to time.

Epoxy is smelly, and it seems to stick to your skin forever!  So do yourself a favor and wear gloves!  I use these purple nitrile gloves from Amazon.

If you have never used epoxy, here’s how it works.  There are two ingredients that when joined together, will chemically react and turn from a putty to a cement in a short period of time (minutes).  The tubes of epoxy contain the two ingredients:  The center core is one portion, and the outer part is the second.

So all you do is cut off however much you need, and then, wearing gloves, you knead the putty together, thus joining the two parts and starting the chemical reaction.

You will probably have to knead the two parts together for about thirty seconds, but then you want to use the epoxy as quickly as possible because it will set within 1-2 minutes max.

Epoxy smells bad, so be prepared.  If you are running a protein skimmer, turn it off before putting the epoxy in the water because your skimmer will go crazy and overflow.

Epoxy can cure underwater, so it is great attaching stony corals to the aquascape.

But here is something to note.  Epoxy is not like glue.  It will not “stick” things together.  So you can’t just attach the coral to a flat portion of rock.  Epoxy works by forming a cement structure on and around the crags and crevices, so keep that in mind.

Epoxy is reef safe, so you can use it underwater in a fully established saltwater aquarium. 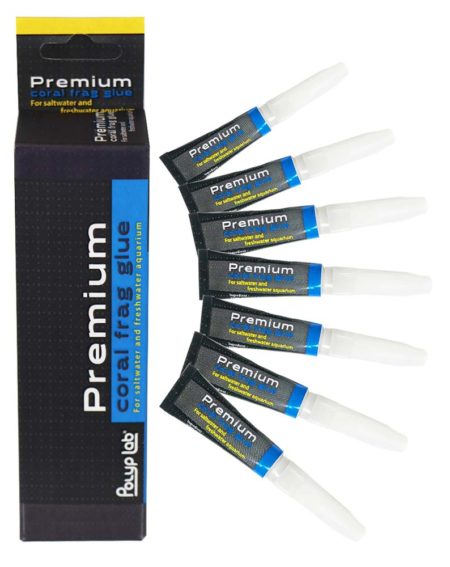 Superglue is some sort of cyanoacrylate, no matter what brand.  It comes in different packages with slightly different formulations, but the only thing I would care about is if its a gel or liquid.  You don’t want liquid, you want a thick gel!

Whenever I read “Premium” on the superglue above and to the right, it makes me giggle, as if somehow their glue is better than others!  But I do like Polyplab’s product, so maybe it really is premium!

Gel superglue usually doesn’t dry immediately out of water, but it sets quickly in water.  I’ve tried so many different types of superglue that claim to cure in 15 seconds underwater and I’ve never found that to be true.  I usually have to keep my arm in the tank for at least a minute.

Here is the super duper frustrating thing about using superglue to mount corals underwater.  It is messy and often doesn’t work!  You can’t just use a small amount of glue and expect it to “stick” to your aquascape.  It just won’t, trust me!

You need to use a copious amount of glue to create a “body” around the coral, and attach it to a portion of the rock with all sorts of nooks and crannies, so the glue will also create a structure around the rock.  Gluing coral to live rock isn’t about sticking.  It is about creating a fast-curing structure that when hardened, will hold tight.

I really like these small single use tubes because I don’t have to worry about wasting an entire tube of glue.  I usually have my wife Dana standing next to me with the next tube ready, and then we just toss them in the trash when done! 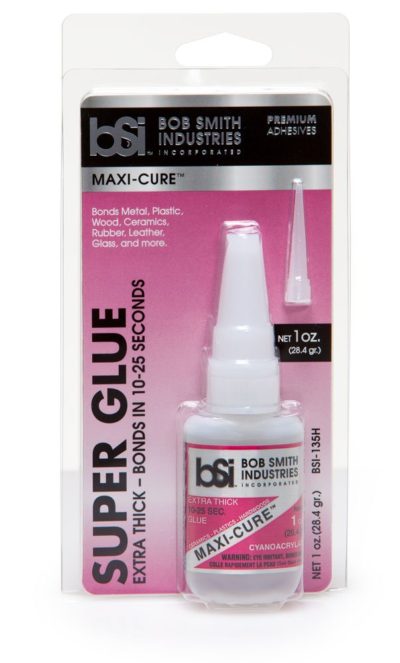 Nothing longwinded here.  Every household needs a bottle of superglue, and every saltwater aquarium hobbyists needs several!

I like this glue from Bob Smith, but it really doesn’t matter what brand you go with as long as it is a thick gel super glue.

Don’t put this bottle in your tank (that is why you buy the single use disposable tubes above :-)), as the saltwater with get into the head and hopelessly clog it up!

Bottles of superglue are perfect as a first coat before the coral goes in the tank, and then if you need more glue, that’s when you have your significant other break out the disposable tubes! 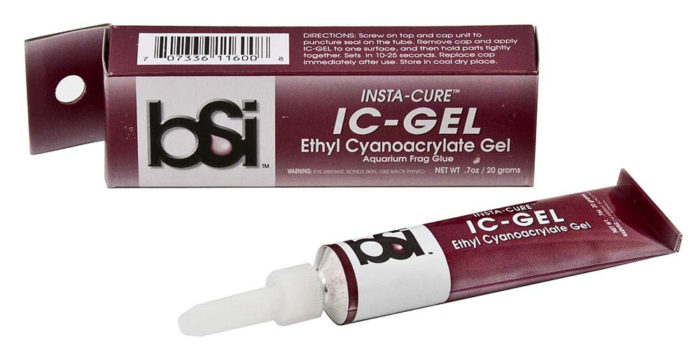 Get this glue.  It is my go-to.  It is thick, inexpensive, and easily available online and at your LFS. 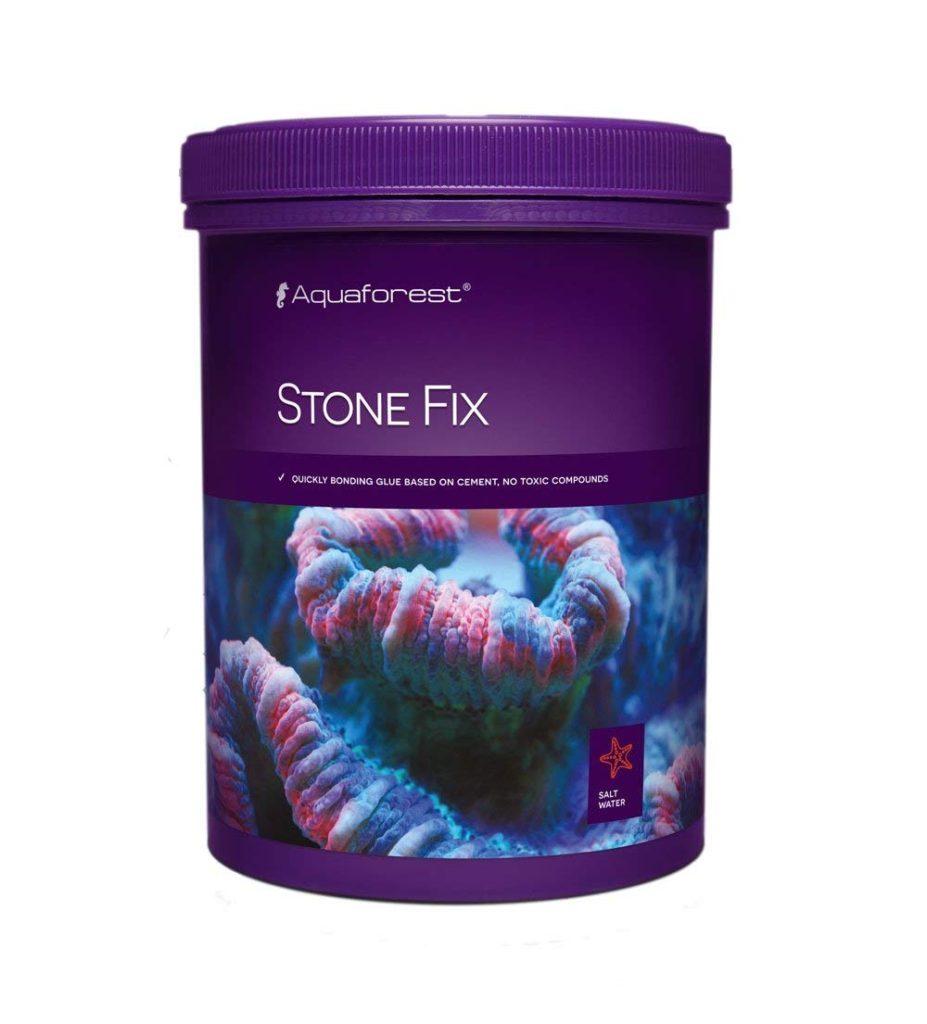 I’ve experimented with other cements and epoxies for aquascaping, but this is the end of the road for me!  Stone Fix by Aquaforest works well, is easy to use, sets quickly (maybe too quickly), cures underwater, and can be made in small batches.

The only downside is currently it is crazy hard to find in the United States!  Aquaforest is a popular brand in Europe, and is slowly gaining traction in the States. 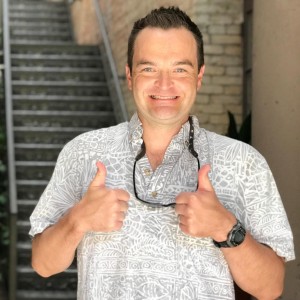 Hey there! My name's Matthew and this is my site! I give unbiased reviews and recommendations of products I know and/or have researched the heck out of! My goal is to help all hobbyists, but especially beginners, make informed decisions when building a saltwater aquarium. Happy Reefing!
PrevPreviousTop Five Beginner Filter Media
NextTop Five Beginner Coral FoodsNext