This week we will talking all about reef rocks! Surprisingly, this can be quite a confusing topic in the saltwater aquarium world. This hobby has changed a lot in the last 20 or so years, and that has lead to a ton of different terms that sometimes don’t make sense or conflict with each other. While you may think that rocks can’t be that big of a deal, you might have started to catch on about how important the right type, size, and amount of reef rock can be for a saltwater aquarium!

If you are interested in getting some gear and supporting us, consider using our affiliate link to MarineDepot.com

As well, consider checking out Coral Vault if you are searching for corals! You can find them here www.coral-vault.com

These are great companies and by using the links you support us in making more content for you, without any extra cost to you!! 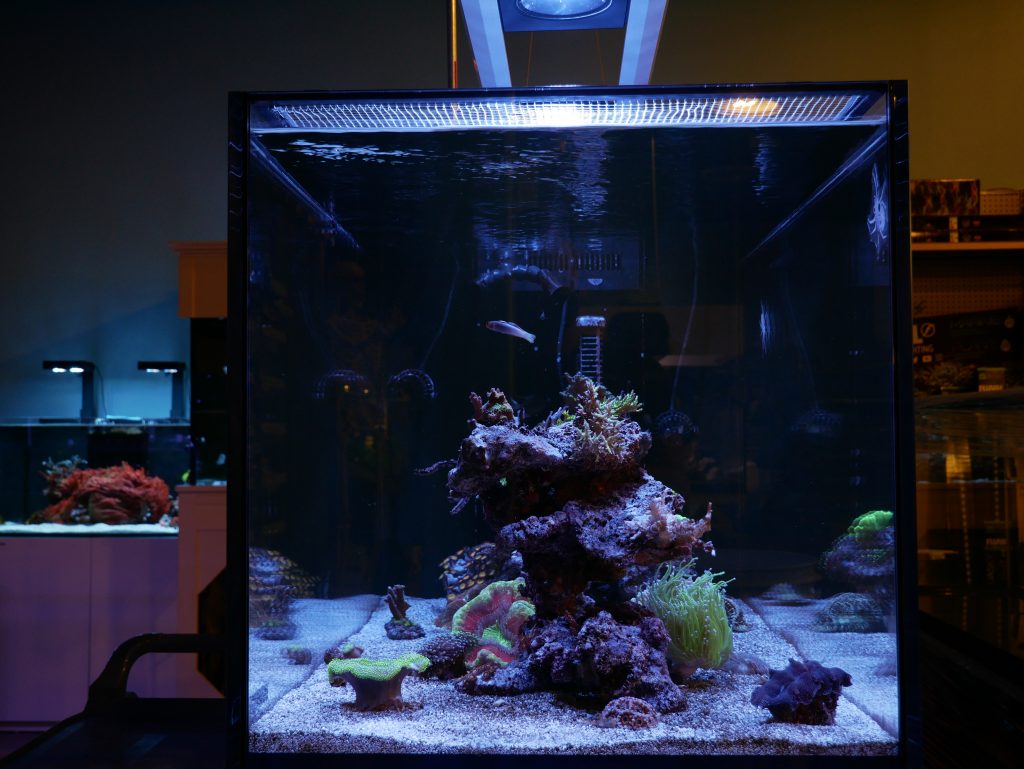 What is Reef Rock?

There is a reason why we call it Reef Rock, and that is because you can’t just put any rock in a saltwater aquarium. At the least, we would say it is a VERY bad idea to use any old rock. The reason is because there is a chance the rock has contaminants, but also because there are certain benefits real reef rock has that other rocks wont provide.

Reef rocks are basically made out of aragonite (Calcium Carbonate) and either man-made or pulled from quarries or the ocean, because it is naturally basically old, dead coral skeletons. Not only is it chemically compatible with a saltwater aquarium, but it is highly porous. What this provides is a ton of room for filtering bacteria (and other good critters) to live in. One way or the other, you will need to have the room for that bacteria for your aquarium to be healthy, and the easiest way is to use reef rocks in your display!

We wanted to really quickly clarify the various terms you might see and get confused about. Basically you either have rock that is wet or dry. Wet rocks are almost always called “live rock” because it is already colonized with bacteria, critters, etc. and help your aquarium mature faster. Nowadays, dry rocks are either man made or mined dry rock that has never been in the ocean or an aquarium. Most rocks you will see for sale are these dry rocks.

A while ago, it was relatively common to get “dry-live rock” that is formerly live rock that was dried out. However, those rocks still contained tons of dead organic material that could lead to issues down the line. Don’t get this rock unless you are expecting to take the extra steps to make it safe. If you are ever unsure of the terminology or name of a rock, just read the description of the product to see where it came from or how its made.

Where Does The Rock Come From?

As was quickly mentioned above, reef rocks are either man made, pulled from quarries, or pulled directly from the ocean. In the past, live rock (wet rocks) pulled from the ocean were not sustainable as they would just rip them up from existing reefs. That has changed and most live rock is either normal dry rock that was matured in an aquarium or placed in the ocean and then pulled after a few months.

The most important function of your reef rock is to house the bacteria that essentially filters your water. There are way to have less rock for aesthetic reasons, but then you need to use other specifically made stuff (like media blocks) to compensate. The other really important feature is that it also provides a living space for larger critters like copepods, little worms, crabs, etc. This biodiversity is essential to having a long term and healthy aquarium.

As well, our fish and invertebrates need a place to hide, sleep, and live. Without rocks, you can run into bullying problems, stress, and you won’t have anywhere to put your corals! Finally, it just helps your aquarium be pleasant to look at as a little slice of nature. 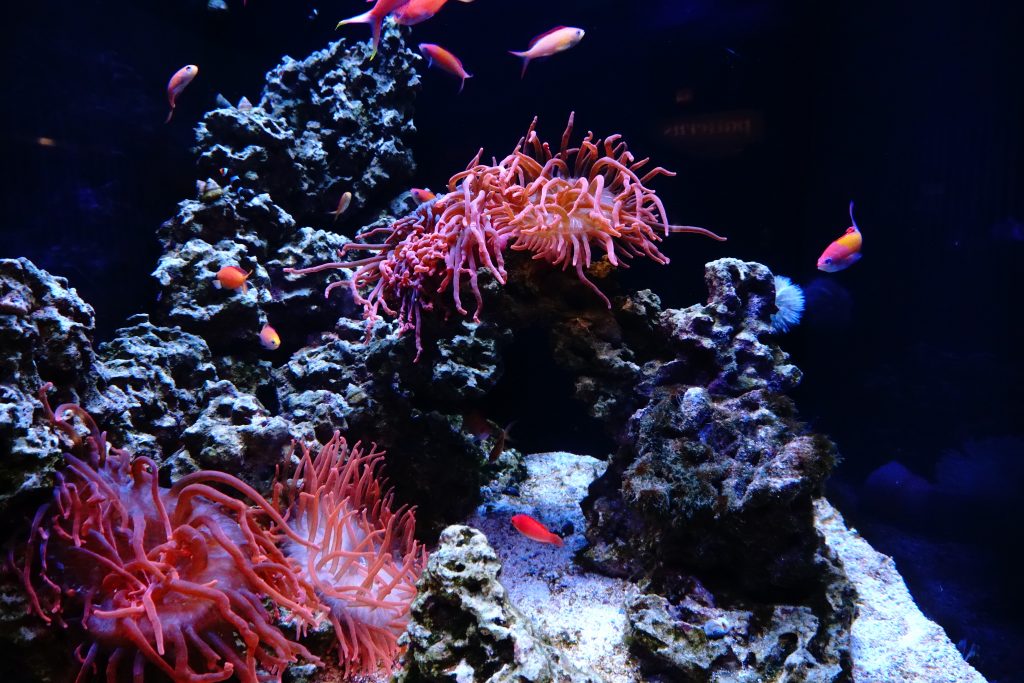 Helping You Choose your Reef Rock!

There are many shapes of reef rock, especially the dry rocks. In recent years there have been a couple companies that actually started making rocks with special shapes to make it easier on you.

This is a relatively easy piece of reef gear to get. MarineDepot carries tons of options! You can look up wet reef rock on google and find a couple companies, just make sure they are a reliable company. Finally, your local fish store likely has tons of rock that you can see in person before you buy it.
There are tons of new shapes, sizes, and even some colors (mainly purple-pink). Check out the MarineDepot website to see all these options and figure out what you like! You can go by the “1 pound per 1 gallon” rule for figuring out how much you need, but getting more than you need will certainly make it easier when aquascaping.
Finally, get some reef safe epoxy or cement to so that you can create a stable aquascape!

The last thing we wanted to cover is what to do if you get dry rock that used to be alive. Most likely you’re getting this rock from another hobbyist who had old rocks. You will basically need to “quarantine” this rock in a Brute trash can or something similar, running a wavemaker and heater in saltwater. However, you will need to cover it so that no light gets in and that rock can “process” out all that dead material. 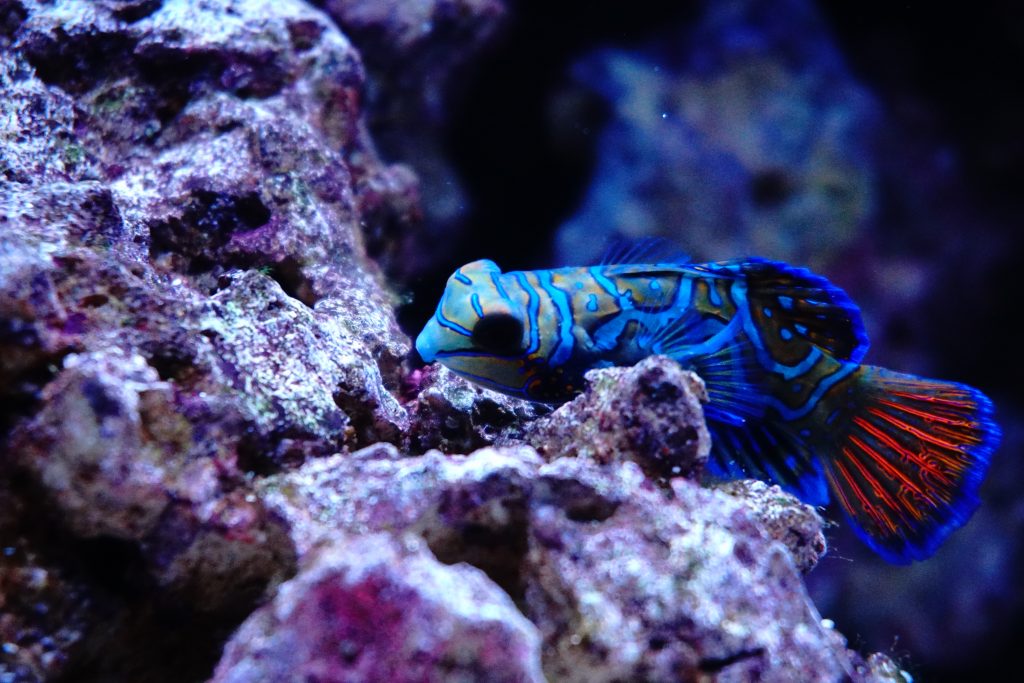 Hey there! I am Max, a Marine Science student at Boston University. I also run an Aquarium Instagram @atlasaqua Check me out if you like aquarium photography!
PrevPreviousWeek 11. Common Saltwater Aquarium Beginner Mistakes!
NextWeek 13. How To: Aquascaping Reef RockNext